Hit the Spot Developing your Team

Back in th e 90ies, a typical phone call I got from a manager went like this: 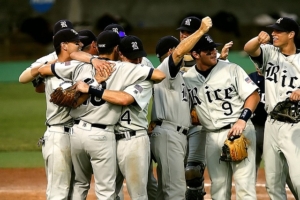 “I am calling you because I need a teambuilding activity for my team.”
“Yeah, great, what do you need?”
“Well, I thought you were the expert…”
“I am but you need to know what you want. What is it your team needs?”
“Eh, … teambuilding, that’s why I called you.”
“Yep, but is it more about climate, low performance, leadership issues, processes, conflict…?”
“That’s it! A bit of all!”

Sounds somewhat familiar? From that conversation I could be sure that I had to deal with a “team in crisis”. Back then, a lot of managers only approached me when they felt that things got out of hands, and they could not deal with the situation in their teams anymore. Fortunately, these times are gone. Teambuilding has become a totally normal thing. It is no longer the last thing to do if nothing else has helped. And that is good because for high performance teams investing some time to work on team matters outside their daily routine is (and should be) part of the common team “psycho-hygiene”.

Still, it remains true that teambuilding measures are not the universal remedy for every challenge on your team. It is especially not suitable for shortcomings in leadership. If a manager has leadership issues, then s/he should talk to her own boss or work with a coach, depending on the circumstances. But never try to solve leadership issues by organizing a team offsite – hoping that the team and an external facilitator will solve the issues for you. Not only is this not fair; it just does not work and could backfire!

From what I wrote so far, it becomes obvious that clarifying the objectives of a teambuilding intervention is crucial. What is it the leader wants to achieve? Why is this not possible during the daily leadership routine? How would s/he measure the success of the intervention? What is s/he willing and able to contribute? What must not happen under no circumstances? All these are questions we usually ask the manager/leader during the contracting phase, i.e. some time before we schedule the actual intervention.

Very often I have observed that it is easy for team members and team leaders to describe symptoms. Those are usually around team performance or climate or behavior. And often enough they want to cure the symptoms. They are eager to work on roles and team behavior or climate or even the most evident stuff like the team’s meeting agenda or seating arrangements. Rather seldom team members or team leaders describe root causes. Maybe because these are not evident, maybe they are taboos or white elephants in the room or maybe they just have not given it enough thought. Finding these root causes is the pivotal point for each and every team building. When you hit the spot, then you can progress and grow as a team. If you never hit it – then it will be a nice exercise but basically it was a waste of time and money….

As said before, every team is different and every team building activity needs thorough analysis and preparation upfront. But there seems to be a pattern, which has often emerged during my 25 years of practice:

The first question you as a leader should ask yourself is “Does the team have a common goal?” Guess what? If not, you’re doomed … . A team that has no joint goal will never ever collaborate. Why should they? Instead, every team member will rather put all effort into achieving his/her own goals. And there are some teams for which this is ok. Just add up every team member’s goals and you got the overall performance. But if you want or need a team to collaborate because the overall goal is more than just an addition…; that will only work if every team member buys into the overarching objectives with their heads, hearts and hands.

The second point is that teams only collaborate if members are interdependent, and are aware of it. No team member is completely autonomous. They need each other to deliver the best performance. (Otherwise you are back to the aforementioned simple addition.) Interdependency means that there are several dependencies. Thus, if you have a team, which wants to achieve an overarching goal and can only do so in working together and supporting each other, then you’re up for team building stuff. Once this foundation is laid out, you can easily do the other groundwork, i.e. defining team roles, team rules, team climate, team processes etc. If you start at the wrong end and give in to curing the symptoms rather than discovering the root cause, you will end up with lovely flipcharts like “We practice an open communication style” or “We value feedback” or “Diversity is our strongest asset” etc. These flipcharts are not worth a penny, and the team will continue to need interventions in the future – but then as “team in crisis”…. .

Contact Annette or myself if you want to explore options to support your team on its way to excellence and high performance; and of course, if you want to get to the bottom of the matter and identify the root causes of your team’s ineffectiveness. We are just an email or phone call away.

Here are further articles on team effectiveness on this website:

About the Author: Oliver Florschütz

Oliver Florschuetz has 25+ years of experience as a leader, manager and expert. His main working areas are around ‘Change Management’ and ‘Team Effectiveness’. His purpose is to help bring back common sense in organizations, as this has been often replaced by politics, tactical games, routine or policies and procedures.