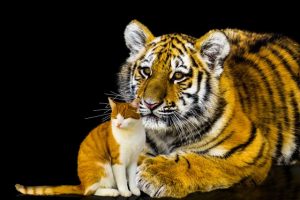 Trust is fundamental to all relationships.  Without it, the foundation of collaboration  is quicksand.  Here are some examples where trust plays a familiar role, and other illustrations where the challenge is murky.

A surgeon I know has an explosive temper.  It gets him into a lot of trouble – in his office, in the operating theatre, in his marriage, with his kids. In a medical procedure, skills and tasks are interdependent and require trust that your partners are doing their part while you are doing yours. The yelling that the surgeon does creates an atmosphere of fear, clouding the split second decisions everyone makes as they move through procedures.  Imagine how easy it would be to make mistakes? Imagine what his home life is like?

A 16-year old with a new drivers license was employed to stay at her next-door neighbor’s house for a weekend to watch the couple’s three dogs.  The couple called to see how it was going on Saturday night with no response.  When the couple returned on Sunday, they found the seat in their second car had been moved, the radio station changed, and the spare car key, hung on an out of the way keyboard in the basement, placed on a different hook.  Did she drive the car? Thoughts of the accident that could have happened prevailed.  The couple wonders how and if they can trust her again.

Bettina unknowingly began a relationship with a man who was already in a relationship. She discovered the relationship, asked that it be ended and believed that her soon-to-be husband had complied. Text messages on the boy friend’s phone and comments from a co-worker revealed that they were together at a conference in another country soon after their marriage. Can she continue to trust him? How can she trust him? What builds a better foundation?

Alan is a small business owner who hires people for a specific amount of money.  No matter how long someone works for this business, his or her salary is never raised.  He never says that there will be no raise, and everyone who works for him the first time assumes they will receive salary raises.  It never is.  Alan also promises new hires a bonus in six months, though if the new hire does not keep track of this in writing, the owner conveniently forgets the promise and acts flustered and sheepish when asked for proof that the bonus was promised.  Employees frequently do what they can to help a new hire ask for the salary that they would be happy to have in five years, and suggest that all salary and benefit information be saved.  Would we trust him?  He’s predictable, and consistent. Just because he’s working outside of the norm is trust built in these employee/employer relationships?

These are everyday examples of how trust plays out in our lives. We need trust in every transaction we have, from handing the waiter or credit card to pay the bill in a restaurant, to walking across the street when cars could barrel through the intersection, or taking a medication that will cure an illness.

In the business world, we count on our co-workers to be predictable.  If we have a yelling boss, we can manage when we know what might cause the yell, and we up-manage this person to avoid the scene.  When we have a colleague who doesn’t deliver on time, we change the due dates for him so the whole project isn’t scuttled.  These behaviors, though, cost us exemplary results because of the time that managing this takes.

These examples are pretty obvious ones where a sense of trust is broken, and the consequences are clear. Building trust in these examples is possible with behavior changes at best and management of consistent though difficult behavior at worst.

There are examples of lack of trust that are much more subtle.

A team that delivers training for a company works for a leader, John, who keeps information close to his chest.  John shares only what is required for the task at hand in an effort to not clutter his team with useless information.  He also tells his team what he decides they need to know and is never interested in a give and take conversation with them. This team doesn’t know how they fit into the overall success of the business nor do they don’t know when change is afoot. The team is in the front line of delivering training to employees, so an invaluable resource in knowing what is working and what is not.  Their thoughts are not sought.  While John’s behavior is predictable, the lack of a two way street creates a scenario where collaboration and a common goal are not possible.  They understand and can do their part for the company, though they are lost as a resource for the building and advancing of that business because of the one sided method of keeping them in the loop.  John believes that it is his job to tell his team the direction that they are going, what is expected and the results that are to be delivered. It’s well meaning, and detrimental.  Does the team trust John? Does John trust the team?

Imagine a scenario, where there is a push and pull from both sides.  John asks his team what their observations of the effectiveness of the training are delivering.  Together they learn where the training works, and where it could be improved.  They learn what individuals are struggling with and where new opportunities are showing up. Together they discover some new ways to deliver training that are changing as needs and resources change. John and his team are taking advantage of each member of the team. The results of this work are greater than what could be achieved alone by John and the company because the feedback loop lacked input from key stakeholders.

At first, when John started asking more about how his team saw what they were doing, they were wary.  Although there was some level of trust, this was new behavior on John’s part.  They began to second-guess what might be going on, and finally, with an outside listeners (some coaches), communication began to flow and build.  John knows what it took to build this, and how helpful it is to him to have collaboration. While John’s level of trust of his team may not seem or be very different from before, the team’s level of trust, and willingness to push for higher engagement and performance is dramatically increased.

When trust is lacking everyone approaches relationships with caution, frequently second-guessing every action, assuming that the best interest of anyone is not the focus of the action to be taken. A one-way trust street creates a stilted work environment and product in which managing despite the lack of becomes the biggest goal and a huge time commitment.

We can lose the trust by

We can build trust by

As you look at your own circumstances, what are steps you might take to build trust? Where in your personal life and work life is it missing or weak?  The first steps include listening more and telling less.  Asking open ended questions for which you do not have an answer lead the listener to a wealth of new knowledge.

The next step leads us both to co-creation

The surgeon has learned to control his temper mostly by focusing on what the people around him need and working on his own anxiety.

The couple has decided to ask the teenager about her experience dog sitting and to see what her unmet needs while doing the job might be and determine how to meet them.  For peace of mind they also plan to lock the spare keys in the car when they leave.

The woman has been divorced and is now happily married to a man with whom she shares a large amount of trust, although they disagree on many things and work to find solutions that neither had thought of before.

The business owner’s new hires can rely on no raises, and keeping track of what is promised in writing.

While the work of building and keeping trust takes time and patience, the rewards are huge when there is buy-in from all of the parties.  Where do you want to build trust? What value will it bring to you?

About the Author: Mary Burns Hoff

Mary Burns Hoff, PCC, has been addressing marketing and communication for not-for-profits and small businesses using coaching and consulting for 25 years.