Why Vague Feedback is Holding Women Back

The number of women in executive roles has not changed largely in the last decade despite of significant investments in corporate advancement programs for women leaders. Women only hold 23% of senior management positions, and 35% of management positions. One major reason why women are not rising to executive ranks is the feedback they receive. There is a major gender disparity when it comes to receiving feedback, and it is women who are coming off worse. 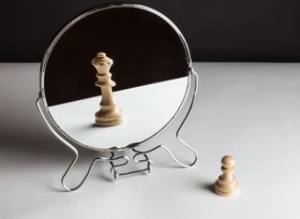 The Center for Talent Innovation reports:

Men and women are assessed very differently at work. Research has shed light on further barriers to advancement caused by gender stereotypes. For example, managers perceive women to have better team based skills, while they see men as being more independent. These assumptions result in women and men being put on different career paths, with men being favored for leadership positions.

The researchers – Shelley Correll of Stanford’s Clayman Institute for Gender Research and Caroline Simard of the university’s Center for the Advancement of Women’s Leadership – wrote in the Harvard Business Review that they have come to see performance evaluations as both a symptom and a cause of women’s underrepresentation in the upper tiers of the business world. A symptom because the hazy evaluations of women’s work may reflect an unconscious, biased sense that they are indistinguishable team members rather than leaders with measurable accomplishments. And a cause because this vague feedback makes it harder for women to improve where they are weakest or to get promoted based on strong work they have done.

Research by the Stanford team has shown that women received 2.5 times the amount of feedback men did about aggressive communication styles, with phrases such as “your speaking style is off-putting”. Women were described as “supportive”, “collaborative” and “helpful” nearly twice as often as men, and women’s reviews had more than twice the references to team accomplishments, rather than individual achievements. The language used to describe men was linked more to confidence and independence. Men’s reviews contained twice as many words related to assertiveness, independence and self-confidence – words like “drive”, “transform”, “innovate” and “tackle”. Men also received three times as much feedback linked to a specific business outcome, and twice the number of references to their technical expertise.

Words make a difference. When it comes to promotions, research shows, there is a strong preference for individuals rated high on individual initiative. Linguist Dr Kieran Snyder found that women were more likely to receive criticism on their personality. For example, “You can come across as abrasive sometimes. I know you don’t mean to, but you need to pay attention to your tone.” Comments of this style illustrate the double bind phenomenon, which is the idea that an assertive woman can be seen as abrasive and brusque, whereas a woman who is friendly and stereotypically feminine can be seen as too soft, and not taken seriously.

Without specific feedback, it can be hard to improve. Consistent feedback has been shown to be critical to performance, as it provides a personal GPS to help correct behavior on a regular basis. In other words, feedback – meant to be a helpful vehicle to move leaders forward through self-improvement – can hold especially women back. Women need men to be giving them actionable feedback, and often. In the workplace, receiving meaningful feedback from a manager can easily make the difference between getting a promotion or being passed over.

We work with male and female leaders to help them shape an energetic, inclusive and productive work environment. If you are a female leader and want to work on the so-called gender “confidence gap” or if you are a male leader who wants to improve his feedback habits particularly as relates to women, please contact us.

Here is what you can start doing right away to give better feedback and make it more meaningful:

If you want to dive into the feedback topic more deeply, read one of our following articles: